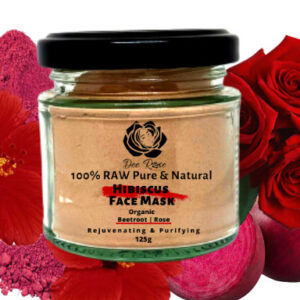 Our face mask is in powder form which means that you’ll get to have a fresh and brand new experience each time you use it. The base of all our masks is the highest quality of Bentonite clay, Kaolin clay, and Rhassoul clay along with vitamin E. With these clays alone you are bound to have a spa-like experience each and every time. Hibiscus help in improving the skin complexion and texture. Vitamin C helps in lightening the skin tone while vitamin E moisturizes the skin and improves its complexion.

You can use this mask every day for a year and still have some in the jar.

Bentonite clay – Bentonite is a very old clay that has been used as a remedy for many things. The fine powder forms when volcanic ash ages. It’s named after Fort Benton, WY, which has a lot of it. But it’s found all over the world. It’s also known as Montmorillonite clay after a region in France with a large deposit

Kaolin clay – Kaolin has been mined in France, England, Saxony (Germany), Bohemia (Czech Republic), and in the United States, where the best-known deposits are in the southeastern states. Approximately 40 percent of the kaolin produced is used in the filling and coating of paper. The primary constituent in kaolin is the mineral kaolinite, a hydrous aluminum silicate formed by the decomposition of minerals such as feldspar. The name kaolin derives from the Chinese and means high ridge. High ridge is a reference to the hill in south-eastern China where the clay was originally discovered and used.

Rhassoul clay- Rhassoul is a natural clay mined from the Atlas mountains in North Africa, found only under this particular mountain range in Morocco, and formed by a natural combination of geothermal changes and volcanic activity

Hibiscus- Hibiscus is a genus of flowering plants in the mallow family, Malvaceae. The genus is quite large, comprising several hundred species that are native to warm temperate, subtropical and tropical regions throughout the world.

Rose- A rose is a woody perennial flowering plant of the genus Rosa, in the family Rosaceae, or the flower it bears. There are over three hundred species and tens of thousands of cultivars. They form a group of plants that can be erect shrubs, climbing, or trailing, with stems that are often armed with sharp prickles.

Beetroot- The beetroot is the taproot portion of a beet plant, usually known in North America as beets while the vegetable is referred to as beetroot in British English, and also known as the table beet, garden beet, red beet, dinner beet or golden beet

NO JUNK – NO PRESERVATIVES – NO ARTIFICIAL COLOURING

1. Cleans face well with our Hibiscus soap bar
2. Put a quarter of a teaspoon of the mask in a bowl
3. Add a few drops of water and mix with a face brush until you have a smooth paste consistency. You can also add part water and part apple cider vinegar/lemon to get maximum results from the mask (if you have sensitive skin please avoid it)
4. Paste the mixture all over your face avoiding the eyes
5. leave totally dry for 10-15mins
6. Rince off with warm water, then rice with cold water to close your pores
7. and finally apply a Dee Rose Face Cream

Hibiscus is rich in antioxidants called anthocyanins. the natural acids present in Hibiscus help to purify your skin by breaking down dead skin and increasing cell turnover, they can even help to control acne breakouts which fight off free radicals that help to prevent skin aging and decrease inflammation. It also has natural surfactants (called saponins) that cleanse the skin in the process.

There are no reviews yet. 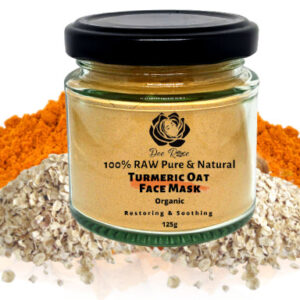 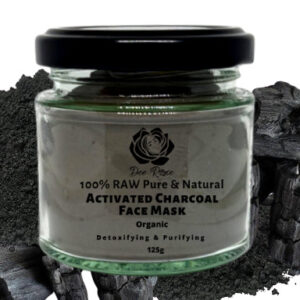 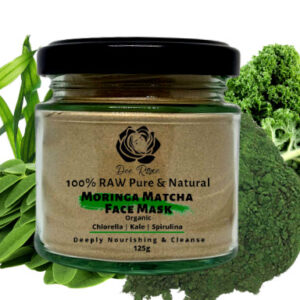